Nuclear in Control with MAPS

Following the Fukushima incident in Japan, EDF-Energy NGL undertook a rigorous assessment into the resilience of its fleet of UK nuclear power stations against the highly unlikely occurrence of an extreme weather or other natural event. Through this process, they identified a requirement for the provision of mobile emergency response systems which will be deployed on the occurrence of such an event.

A £5 million contract was awarded to Thales UK who sub-contracted Servelec Controls to provide the control/monitoring sub-set of equipment and software to fulfil the DCIS requirement. MAPS Smart SCADA was chosen as the key software component along with PLC equipment from Omniflex and gamma radiation monitors from Canberra UK. A total of 5 sets of containerised Deployable Communications & Information Systems were supplied, enabling emergency response decision makers to make the right decisions, at the right time.

Each deployed system consists of a pair of MAPS Smart SCADA servers engineered in a dual-redundant, hot-standby configuration, with up to 17 thin-client Operator workstations connecting in to the servers. To facilitate enhanced resilience at the communications level the server machines exist on separate network domains – a configuration within which, unlike other SCADA products, MAPS Smart SCADA servers are able to provide a dual-redundant, hot-standby solution.

Necsa is a state-owned company responsible for undertaking and promoting R&D in the field of nuclear energy and radiation sciences. It is also responsible for processing source material, including uranium enrichment, and co-operating with other institutions, locally and abroad, on nuclear and related matters. MAPS SCADA monitor and record data from the Safari-1 research reactor .

Chapelcross power station is located near Dumfries in southwest Scotland and has an area of 96 hectares covered by the nuclear site licence. Chapelcross, Scotland’s first commercial nuclear power station, was built on a World War II training airfield in Dumfriesshire, ideally located for access to cooling water pumped from the River Annan, approximately two miles away. It was built by the United Kingdom Atomic Energy Authority (UKAEA) to produce 200 Mega Watts of electrical power to the grid system.
Electricity generation started in 1959. MAPS SCADA is used for capturing and logging of data at a very high scan rate.

Dungeness A Site occupies about a quarter of a 91 hectare civil nuclear site on the Kent coast in an area of Special Scientific Interest. Dungeness is the site of two advanced gas-cooled reactors (AGR) of 615MW each, which began operations in 1983 and 1985 respectively. Dungeness was the first commercial scale AGR power station to be constructed. MAPS SCADA is used for monitor and logging of process data.

EDF Energy is one of the UK’s largest energy companies and its largest producer of low-carbon electricity. A wholly-owned subsidiary of the EDF Group, one of Europe’s largest energy groups, we generate around one fifth of the UK’s electricity and employ around 15,000 people. MAPS is used to monitor and operate the Emergency Plume Gamma Monitoring System (EPGMS) at 5 EDF Nuclear Power Stations.

The Trident submarines are Fleet Ballistic Missile Submarine, nuclear- powered, able to remain submerged for long periods without surfacing, virtually undetectable when submerged. The Trident submarines have been the only British nuclear weapon system in service. Its stated purpose is to provide “the minimum effective nuclear deterrent as the ultimate means to deter the most extreme threat. MAPS SCADA is used as the Machinery Surveillance System Monitoring system on each submarine. 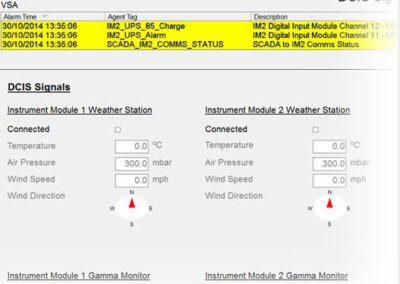 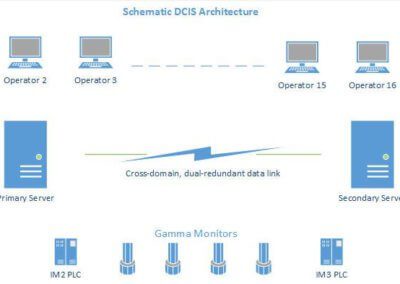