Whether the application is purification, distribution or waste water treatment, MAPS  is the ideal platform within this industry.

Water management is becoming increasingly complex and demands an urgent review to ensure sustainable service delivery and contribution to economic growth to meet present and future needs. MAPS  is ideally suited to the Water and Waste Water Industries and is  trusted by many utilities, mines and municipalities (local authorities) to safely run these valuable and strategic assets. The MAPS  architecture and openness offers water and waste water customers a unique capability of not only traditional SCADA/HMI functionality but the ability to integrate all aspects of their operations.

Whether the application is purification, distribution or waste water treatment MAPS  is the ideal platform for this industry. By adopting a more holistic approach to operations management significant savings and operational efficiencies can be realised. And in an industry that manages such a precious resource MAPS  is uniquely placed to ensure MAPS a superior quality of supply in all aspects of the operations and management of these facilities. 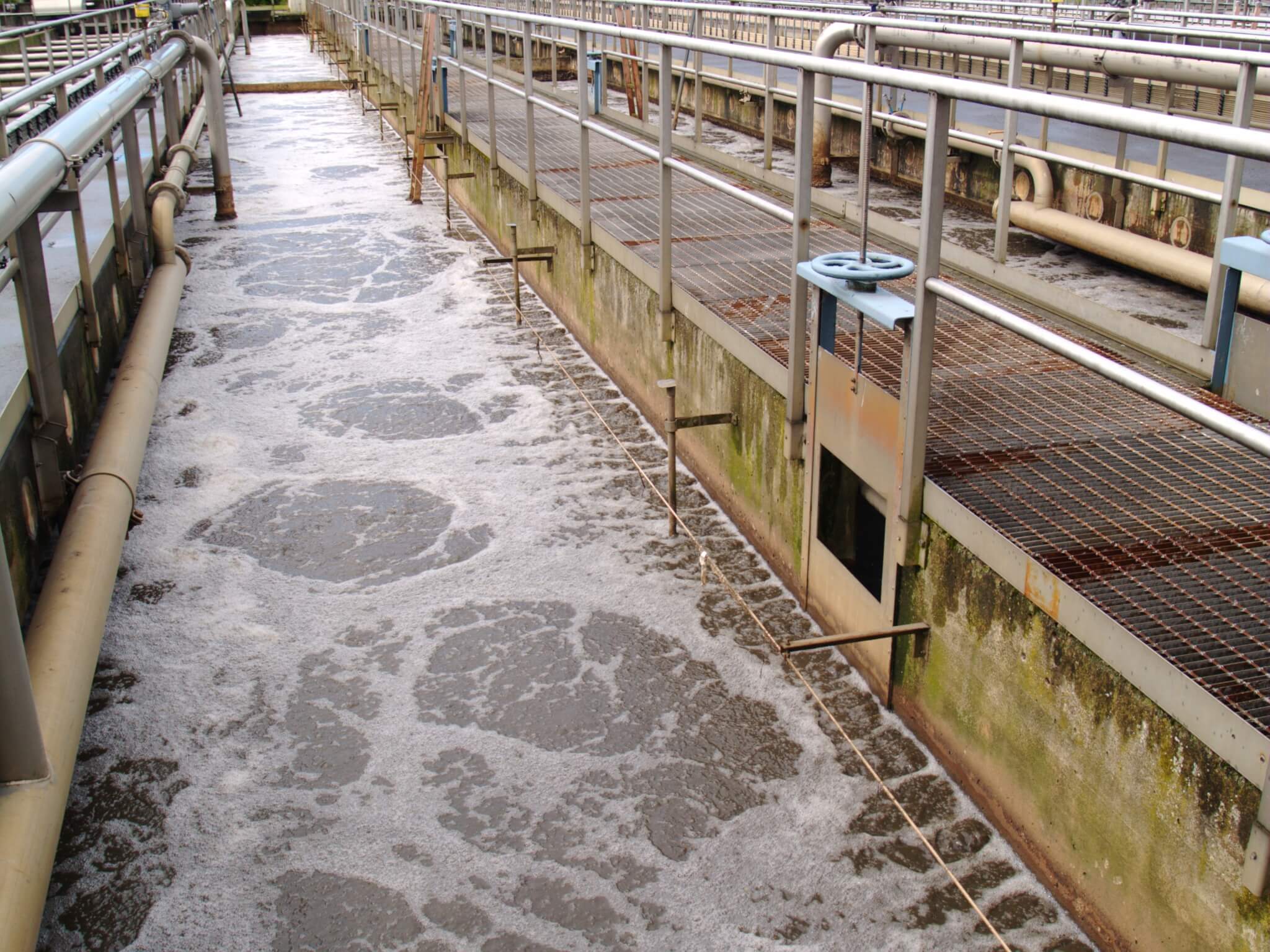 UGU District Municipality is one of ten district municipalities in KwaZulu Natal, located at the most southern tip of the province’s coastline, covering 112 km of Indian Ocean. It is bordered by the Eastern Cape Province to the south, Indian Ocean to the east, Sisonke and UMgungundlovu to the west and eThekwini to the north. It is comprised of six local municipalities which are Ezinqoleni, Umuziwabantu, Hibiscus Coast, Umdoni, Umzumbe and Vulamehlo. According to the statistics South Africa, the District Municipality DC 21 is 5866 km in extent.

Mhlathuze Water is one of the leading water utilities in South Africa today, providing a world-class service to its customers. The organisation’s commitment and focused direction in providing safe and dependable water services are indicative in its consistent success.

Based in KwaZulu Natal, Mhlathuze Water’s area of supply covers some 37,000km².stretching from the Thukela River in the south and up the east coast to the Mozambique and Swaziland borders, around Vryheid and back to the uThukela River. Within this region, Mhlathuze Water has built and operates an inter-basin transfer, major water treatment plants, an offshore waste water disposal pipeline and it operates treatment and sewerage plants on an agency basis for local municipalities.

Situated on the South African coast, 40km North of Durban, Siza Water’s service area includes the coastal town of Ballito and the surrounding areas including Shakas Rock, Salt Rock, Sheffield Beach, Tinley Manor, Shakaskraal and Umhlali. The concession supplies water to a population of approximately 50,000 through either direct household connections or standpipes, about half of the population are served by household connections and all of these are connected to the wastewater system.  The thirty year concession was signed in 1999 between Siza Water and the local Municipality now known as Ilembe District Municipality.

Wastewater is treated at one of Siza Water’s two wastewater treatment plants with the Fraser’s plant taking up to 12 Mld and Shakaskraal treating 2 Mld; a third plant is currently in the planning stage. These plants are fed via a wastewater network of 110 kilometers which has 20 pump stations.

Nelson Mandela Bay Municipality is one of six Metropolitan (or Category A) municipalities in South Africa. It is located on the shores of Algoa Bay in the Eastern Cape province, and comprises the city of Port Elizabeth, the nearby towns of Uitenhage and Despatch, and the surrounding rural area.

In an ongoing, ten year project with system’s integrator’s (SI’s) Spectrum communications, the Nelson Mandela- Metropolitan Municipality (NMMM) will rely to a greater extent on locally developed supervisory control and data acquisition (SCADA) – MAPS , for improved access, security and system redundancy to keep the delivery of water to the area on track.

The department of Botswana water affairs is one of These departments  also consists of two divisions namely minerals affairs and energy affairs. Within the water sector, MMEWR has the overall  national responsibility for policy, planning, assessment, development, supply and protection of Botswana’s scarce water resources. Botswana Water Affairs have implemented local supervisory control and data acquisition (SCADA) system, Adroit Technologies, in one of the countries largest water and sanitation supply projects, Mogoditshane.

The exponential growth of East London based Amatola Water’s radio telemetry system from 16 outstations under the previous dispensation to 96 today, meant that this state owned entity required a monitoring system that could meet its growing needs.  User friendliness was key – and the Amatola Water implemented an MAPS  supervisory control and data (SCADA) system to fulfill its objectives.

The MAPS  SCADA monitors reservoir and dam levels and performs pump control remotely. Items that are monitored includes, amongst others, valve conditions and winding temperatures. The Rustfontein treatment plant is semi automated. Both the central and Rustfontein offices can monitor water quality and operate the various processes on the plant using the SCADA.

The MAPS  SCADA is installed at all nine of the City’s water treatment plants and two major pump stations. These installations range in capacity from 3 to 500 mega liters per day and supply water to the City of Cape Town and neighboring local authorities.

The UI is composed entirely of MAPS  graphics with some scripting to do with the screen functionality and on the engineering side. MAPS  is linked via a database to chemical reporting software that sits on an administrative machine.

The MAPS  SCADA monitors reservoir and dam levels and performs pump control remotely. Items that are monitored includes, amongst others, valve conditions and winding temperatures. 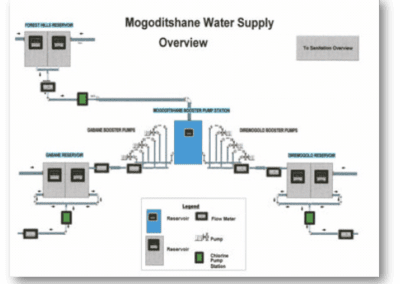 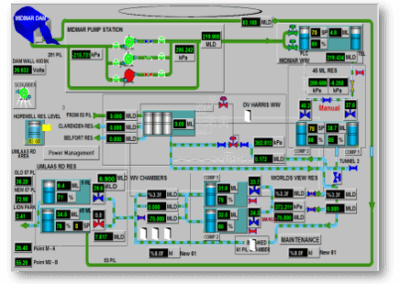 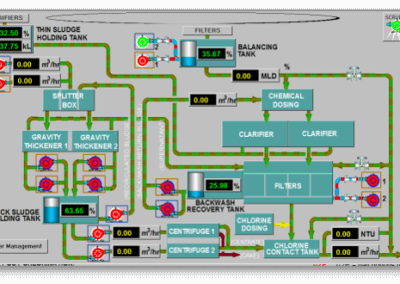 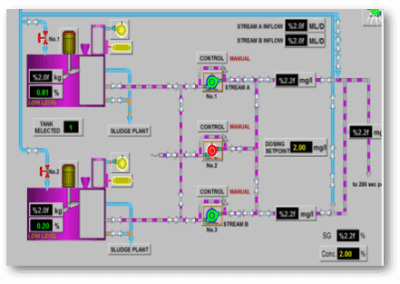 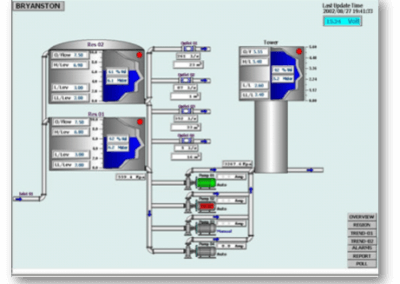 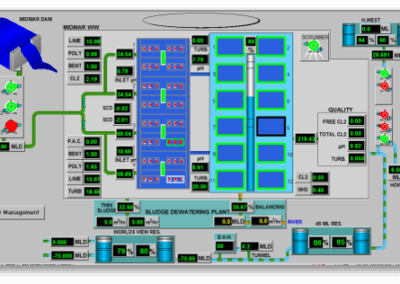 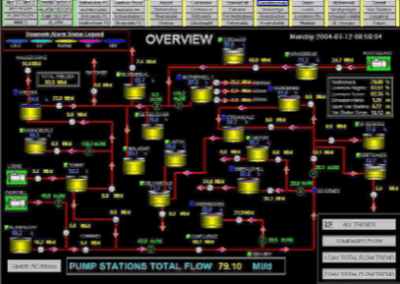